Just noticed an article in the Mirror online as follows:

A Northamptonshire butcher claims to have created the world’s hottest sausage – using ingredients often used in non-lethal grenades to flush out terrorists.

The Pork Inferno Sausages are crammed with up to four scorching Bhut Jolokia chillies – often known as the ghost chilli – recognised as being over 400 times hotter than Tabasco sauce.

Also packed with paprika and chilli powder, the fiery bangers are so blisteringly hot that customers are warned to only eat one per sitting in case they end up in hospital. 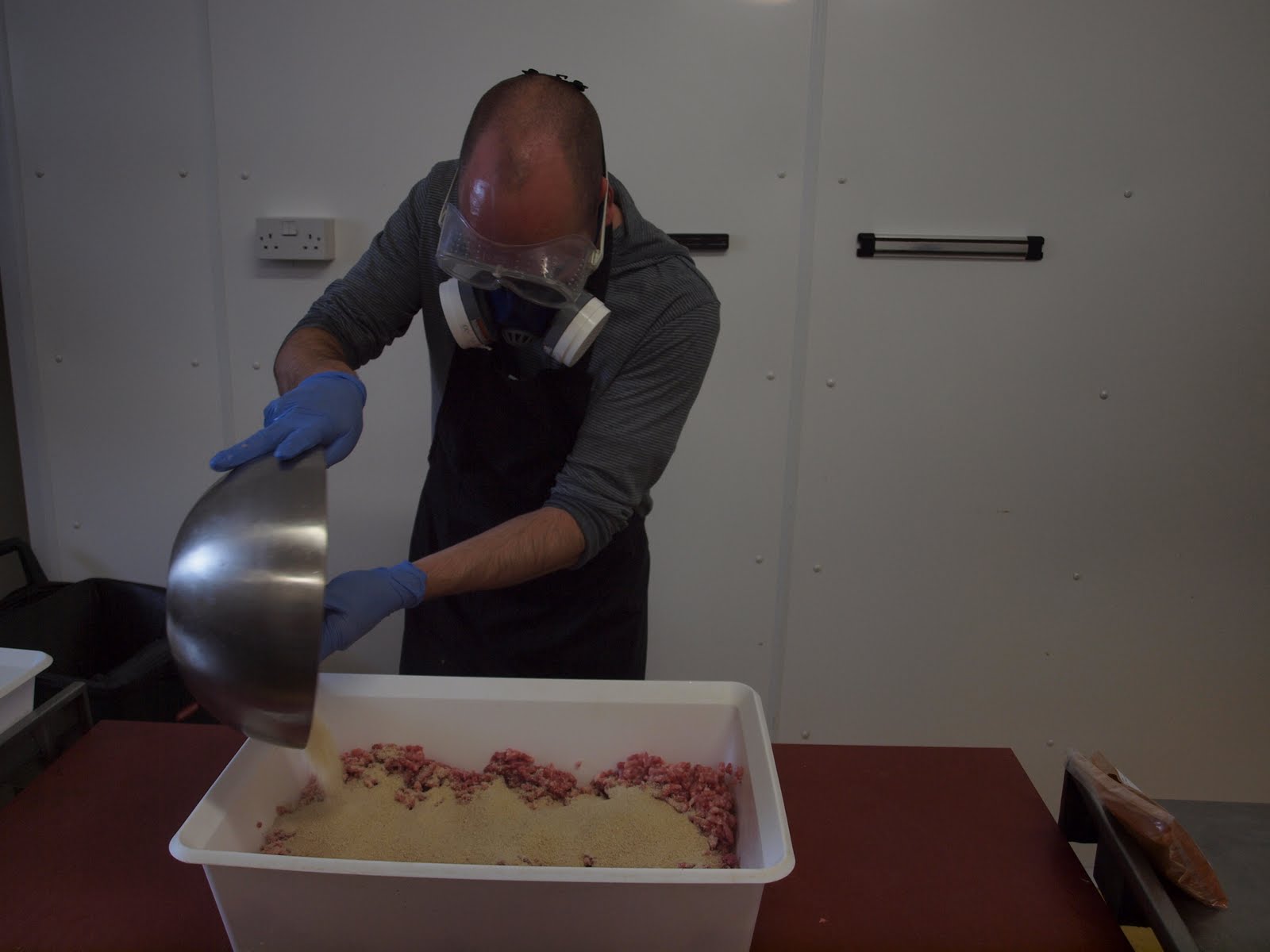 Having devised the recipe, butcher Martin Trendal knows that this powerful pepper needs to be handled carefully and wears goggles, a chemical warfare suit and a mask when he mixes the ingredients.

While that may seem excessive preparation for breakfast, Martin knows what he’s in doing. In the parts of north-eastern India and Bangladesh where the chillies grow, the Bhut Jolokia is smeared on fences and used as an elephant deterrent.

And with the ghost chilli clocking in at one million Scoville units – for comparison, Jalapeno peppers measure between 2,500 and 8,000 on the scale that indicates the amount of capsaicin present – the Oundle butcher’s belief that his snags are world beaters certainly looks like a claim that only the bravest heat seekers could hope to challenge.

Having gone on sale yesterday for the first time, the links that sizzle as if they’ve gone from the frying pan straight into the fire are priced at £11.25 per kilo.

Butcher Stuart McDonnell added the firm would continue to sell them if the sausages go like hot ground meat cakes.

“Some of our customers came in the shop and specifically asked for a more spicy sausage,” he is quoted as telling peterboroughtoday.co.uk.

“We scoured the internet and found a clip from an American television programme which featured ghost chillies being used in foods and showed just how hot they were.

“We ordered some and then created the sausages by mixing the chillies with sausage meat, as well as paprika and chili powder.

“The reaction we’ve had so far has been very positive. But it’s early days yet – we’ll have to wait and see.

“We pay great attention to our customers and their requests.

“If they like the sausages we’ll keep on making them.”

So what do you think?  Have you tried these fiery bad boys?  Do you think they sound awesome or does the idea of something being prepared by someone in a chemical warfare suit put you off?