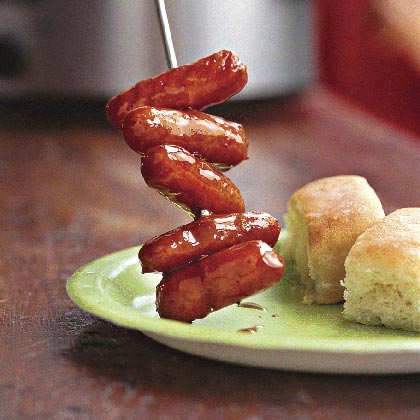 A new potentially award-winning sausage flavour has been invented by a Weybridge schoolgirl.

The mushroom, spring onion and cheese banger was chosen as the winning recipe in a competition run by the Queens Road Business Guild in Weybridge and butchers James of Shepperton.

Philip Moir from the Queens Road group, added: “It’s good to involve the community along with the local shops. It was something fun that the children could learn from.”

Children at the Weybridge school had a visit from Katie Lally from the butchers and were asked to come up with a new flavour, as well as learning about how they are made.

Mrs Lally said: “We wanted to see something a bit different. We went through all the ideas and my husband James looked at the mushroom, spring onion and cheese and saw a winning sausage.”

The pork-based banger will also be sold for 12 months in James of Shepperton shop and put forward for an industry award next year.

The husband and wife butcher team have just won three Q Guild gold awards to add to a growing collection of prizes.

The pair, who have run the butchers in Laleham Road for two and a half years, won for their meatballs, herby pork rib-eye steak and their all-in-one chicken roast.

Mr Lally, 36, said it continued to be ‘really exciting’ to get the gold awards and add them to the wall of more than a dozen accolades behind the counter. The latest awards mark a new era for the shop, which has partnered with Budgens in Shepperton to sell all three of the winning products.

Full story from Get Surrey