The magic touch has wowed judges

Uncle Henry’s Farm Shop and Café in Gainsborough, Lincolnshire, has reached the regional finals for the prestigious Britain’s Bangers Competition 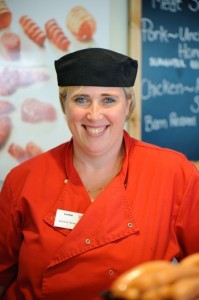 Uncle Henry’s Farm Shop and Café in Gainsborough, Lincolnshire, has reached the regional finals for the prestigious Britain’s Bangers Competition in aid of British Sausage Week on 2nd to 8th November run by the British Sausage Appreciation Society. The farm shop will be competing against one other butcher for the title of Regional Finalist on Wednesday 4th November in Nottingham.

The final which has a Magical Theme this year will entail a cook off between Uncle Henry’s and the other competitor. To reach the finals, entrant’s sausages were met by a panel of judges who had the tough job in deciding which sausages were the most magical.

Meryl Ward said “We are so pleased to be a finalist in the regional awards this year. We are continually developing our choice of sausages in tune with customer requests, and the staff are always keen to offer advice and assist. These awards recognise the variety of flavours we can offer whilst holding our local ethos.”

Louise has sourced her ingredients for the sausage from local producers, and hopes her winning recipe will be enough to become regional finalist. The sausages will be judged by the nation’s favourite magical partnership, Paul Daniels and Debbie McGee, who will then announce and award the winner with a prestigious and much sort after, Banger Award.