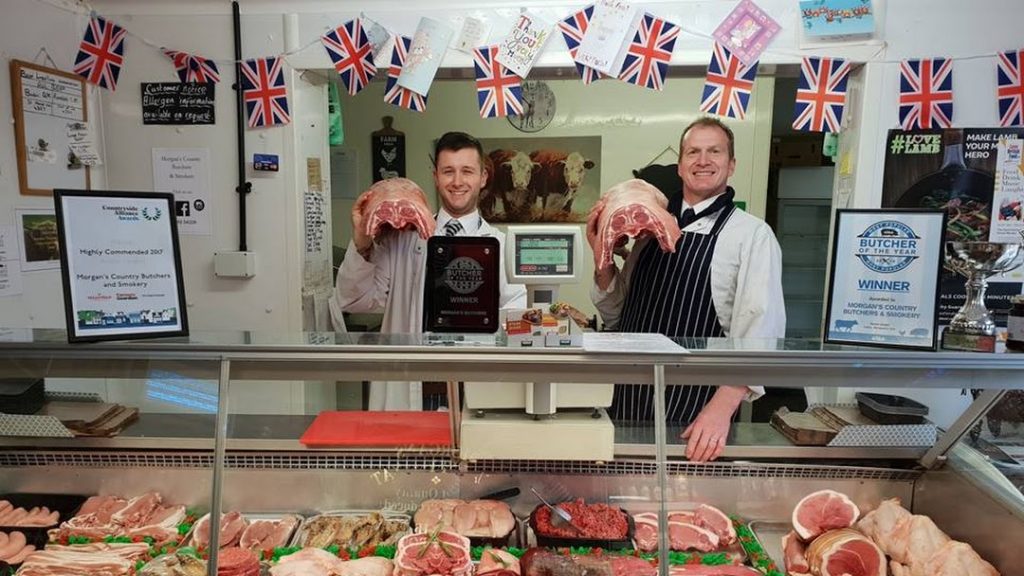 Morgan’s Country Butchers of Waters Upton entered their traditional Shropshire pork sausages into the UK Sausage Week Awards as they do every year, and this week the 35-year-old recipe was named the UK Supreme Sausage.

The Morgan family also took home the award for the best independent traditional butcher shop in the West Midlands.

“We were a small fish in a very big pond and to come out on top was incredible.

“This is huge, so many butchers enter.”

Darren is the fourth generation of Morgan to run the village butcher shop, which traditionally does well in the annual awards with its authentic Shropshire sausages.

Earlier this year he celebrated four decades working in the family shop.

He is the guardian of the family’s 35-year-old recipe that so impressed judges in the awards this year.

Lauren said the family will show off their new UK champion trophy with pride alongside their certificates.

Morgan’s has won admirers within Shropshire as well as further afield. The shop won the Shropshire Star’s Butcher of the Year competition this year and last.

UK Sausage Week, supported by Meat Management magazine, concludes this Sunday, November 3. The aim is to raise the profile of British sausages and celebrate innovative recipes.