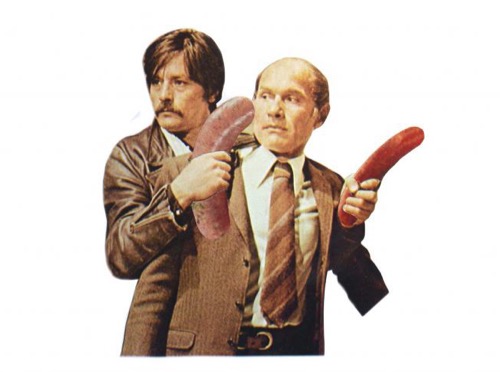 PORKY Lights claim they were SABOTAGED by a rival sausage company which they allege conducted the tests based on a “false high fat sample” and led to a re-evaluation by Slimming World of just how healthy their ‘healthy’ sausages are.

Manufacturers G White & Co today released the latest studies into the product which appear to show they are as low in calories and fat as advertised, and have slammed reports that suggest otherwise

It is further claimed Slimming World did not carry out the tests that led to reports that the sausages are 800 per cent worse for dieters than initially thought.

Porky Lights allege the tests were in fact carried out by an unnamed rival sausage company. This has not yet been confirmed.

Chris Price, managing director, says the unnamed company may have sent a different, fattier product instead of Porky Lights to be tested.

Speaking from the sausage HQ in Woking, Surrey, Mr Price said: “It is possible that this is to discredit us.

”It’s sour grapes because they cannot make a rival product. I think there is some jealousy.”

Full story from The Sun