Bedale AFC will have sausage-themed jerseys for the third year running thanks to a sponsorship deal with Heck Food.

The bangers and mash kit, which the North Yorkshire non-league team will wear for away matches during the 2019-20 season, also features peas on the arms and gravy boats on the socks.

The back of the shirt bears numbers in a tomato ketchup font, as well as the slogan: “Football’s Coming Home … For Tea.” 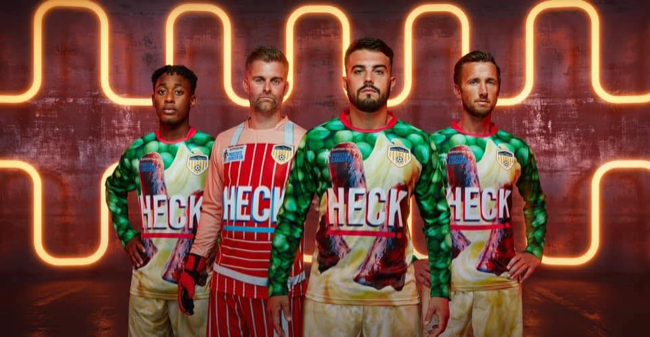 Captain Ross Hodgson told BBC Look North: “It’s not too bad. This one’s better than the other two, I’d say.

“I like the peas on the sleeves – they’re very nice.” 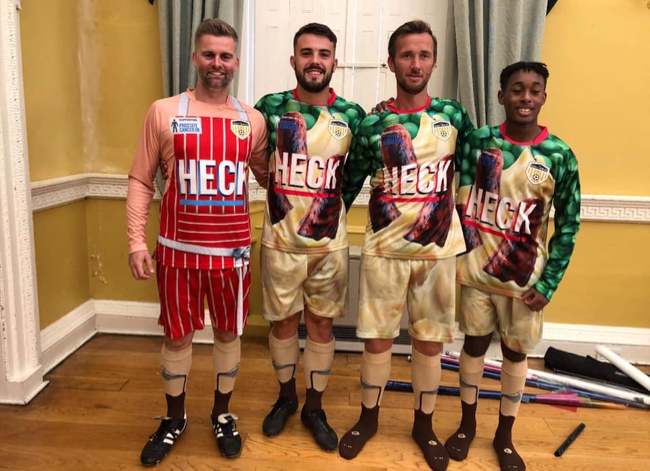 It follows the original sausage kit from two years ago and last season’s hot dog shirt, both of which gained worldwide coverage for the club.

The food-themed jersey is also helping to raise money for charity, with £5 from each sale going to Prostate Cancer UK.