Sausage Fest went with a bang 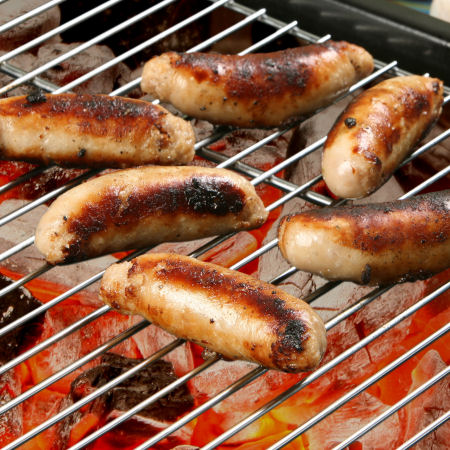 A SPALDING butcher has won the top title at Sausage Fest 2012.

Organised by Chris Crew and a group of his friends in Spalding, Sausage Fest 2012 was their fourth annual barbecue-based event.

Chris said: “This is the fourth consecutive year for this barbecue-based event, where delegates pit the finest traditional Lincolnshire sausages against one another in a blind taste test.

“Once again marks out of ten were awarded for flavour, texture and overall sausage experience, with the final scores being an average of the totals for each sausage.

“Capping a summer of sporting excellence, the 11-man elite judging panel convened in Spalding beneath a banner donated by local firm DC Signs, before witnessing the fantastic weather conditions draw some stunning performances from the competing bangers.

“In fact there was a real changing of the guard at the top of the standings, with three-time champion Sharpe’s of Gosberton unable to sustain its form from previous years against the sheer quality of the assembled field.

“In first place was Bennett’s of Spalding with its original recipe sausage, closely followed by Law’s of Spalding in second place and debutant Grasmere Farm of Deeping St James in third.”

The Sausage Fest trophy was awarded to Will Telford.