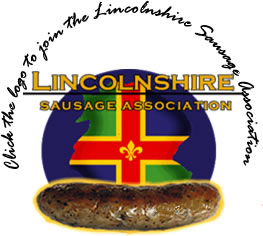 If the Government agrees, the branding would guarantee proper Lincolnshire sausages could only be made in Lincolnshire to a set recipe.

The LSA had been trying to obtain Protective Geographical Indication (PGI) – a status enjoyed by Melton Mowbray pies – for the famous sausage since October 2005. But the bid and subsequent appeal were rejected last year after Defra said the sausage did not have an “enduring link” with the county.

Butchers have now agreed to press ahead with a fresh fight for recognition.

LSA chairman Janet Godfrey said: “We could have stopped where we were, go for judicial review of the PGI decision, or apply for Traditional Speciality Guarantee, but that just protects the recipe. So we have decided to apply for Traditional Lincolnshire Sausage, which is the same application but with ‘traditional’ in front of it.

“We feel it’s not perfect, but it’s better than nothing.

“We have started the process of putting the application in to Defra.

Defra spokesman Sophie Willett said: “Defra has had regular conversations with the Lincolnshire Sausage Association to support its application for protected geographical status.