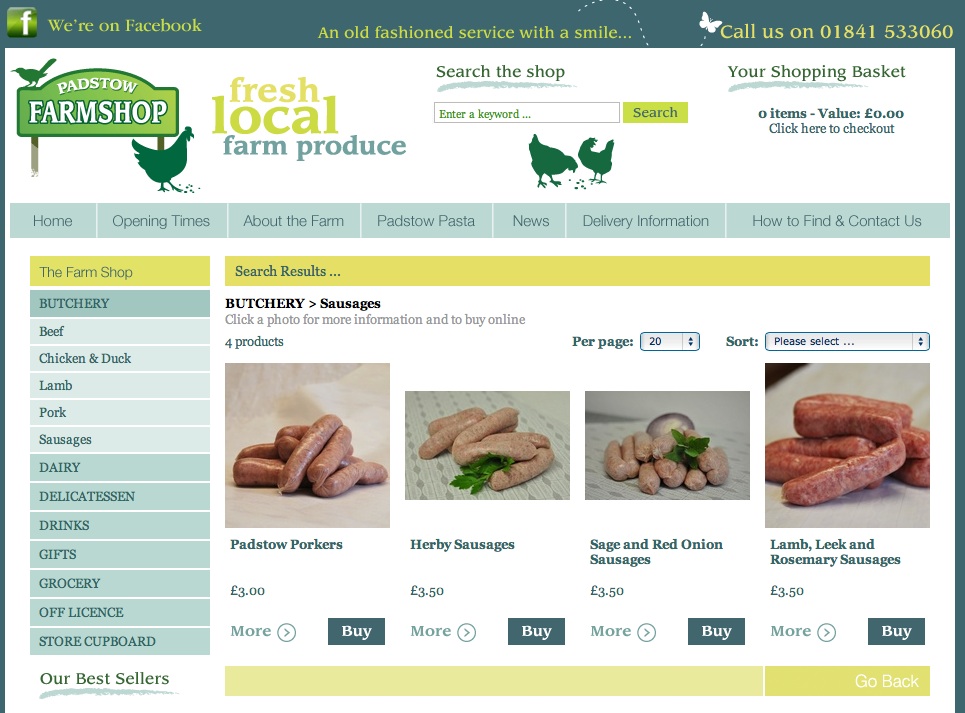 A PADSTOW farmer has scored a victory over supermarket giant Tesco after taking offence at a large advertisement claiming its meat was supplied by a local butcher.

Matt Watson Smyth, 40, marched into the town store complaining the only butcher locally was to be found at Padstow Farm Shop, which his family runs – and it didn’t supply Tesco.

The supermarket has now covered over the offending words with an advert for its Clubcard after he complained to Tesco’s head office.

Mr Watson Smyth said it was wrong for the store to claim it stocked “100 per cent British meat from our butcher” and the advertisement was not only misleading, but plain wrong.

“They don’t even have a butcher preparing meat in the Padstow store and the meat’s certainly not supplied by us, the only local butcher in the town,”‘ he said.

“Besides, they sell bacon from Holland, which isn’t exactly near Padstow and not local. I thought the sign was misleading, to say the least, and I went there and told them so.”

He said when he first complained about the advert on the side of the store he got nowhere, but he persisted.

“They looked at me as if I was mad, but I wanted something done about it so I ended up complaining to Tesco’s head office,” said Mr Watson Smyth.

“I told them unless the advert was removed I’d report Tesco to Trading Standards.

“They eventually got back to me and agreed to remove the advert, but four or five days went by and it was still there, so I complained again and this time they did cover it over – which I see as a victory for local suppliers.”

Mr Watson Smyth’s actions have received a positive response locally, with more than 200 supporters backing him over his Tesco campaign on the Padstow Farm Shop Facebook page.

Full story from this is cornwall