Norwich Battle of the Bangers 2009

The Battle of the Bangers was every bit the hard fought contest that I had hoped it would be.  At the same time as showcasing the finest sausages in Norfolk the sausage makers present are all keen to win the title.  Last year’s winner has sold about 300kg of sausages a week extra as a result of winning so there really is everything to play for and everyone has pulled out all the stops to make the top sausage.

To bring you the sausage news first I went up (on the CG125) to check out what was on offer: 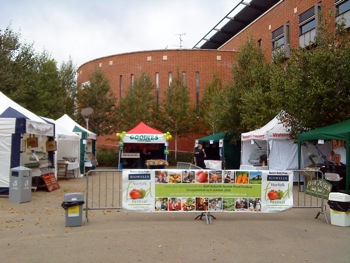 The stage is set for the 2009 Battle of the Bangers and the sausage makers were all busy cooking up their finest sausages. 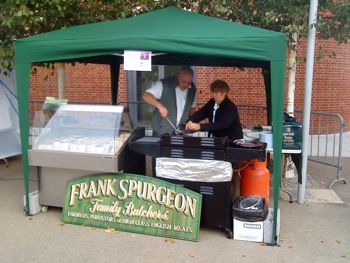 1st place: Frank Spurgeon was the first sausage maker you come to in the circuit and also last year’s winner.  Tony told me that sales were up about 300kg a week just as a result of wining last year’s competition and this extra custom is through the shops.  Very pleasing news that more and more people are giving their local butcher a try.  Their competition sausage was wholesome and morish with a beautiful traditional flavour.  They could easily retain the title with this sausage. 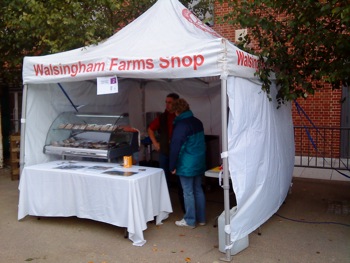 Walsingham Farm Shop was next and they narrowly missed out last year and were clearly looking to take the top stop this year from Spurgeon.  These really are very nice people with very nice sausages.  The competition sausage was slightly herby, warming and really tasty and I got a faint taste of what might have been lemon grass.  Another top quality competition entrant. 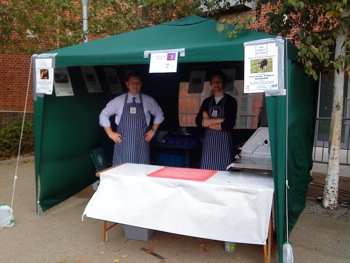 3rd place: The Fruit Pig Company was next and I am a big fan.  I had to put my fanship to one side today though and judge all the sausages on offer on their own merits.  I think Matt and his family have done a tremendous job here though.  Matt is one of those people who I know is going to set the world of sausages on fire and his sausage was bold.  The Berkshire Free Range pork really showed through for me and the resulting sausage was excellent with an uncluttered morish meaty flavour.  The sausage was fairly coarse (which I prefer) and was heavy and bold.  I would love to tuck into some of these sausages with some cheesy mash and onion gravy.  Matt has really come up with a competition winner here. 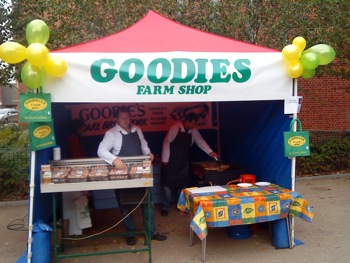 Goodies Farm Shop was next and I got the chance to catch up with Stuart who is a really nice guy who really knows his stuff.  The Farm Shop, which is local to me, is extremely popular as are his sausages which contained no artificial preservatives or flavours.  He uses his own pigs in the sausgaes (85% pork) and the resulting sausage is great.  Good strong flavour with a bit of pepper and a hot twist at the end! 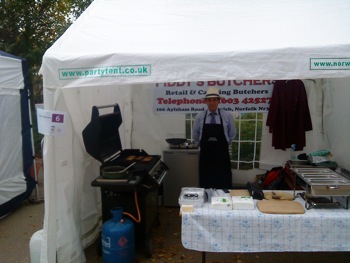 Fiddy’s butcher was next and I’d not come across these guys until today.  They were competing with their traditional Norfolk sausage which was well balanced with a nice coarse mix. 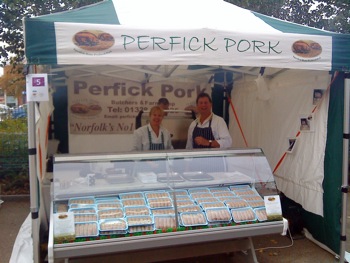 Perfick Pork were next and these guys were another new producer for me.  We have over 40 Norfolk butchers listed on Sausagefans.com and I think these guys should be on there too.  They are based in Great Ryburgh and their sausage was really nice.  It was almost sweet and slightly sticky with a good mix, fill and great flavour. 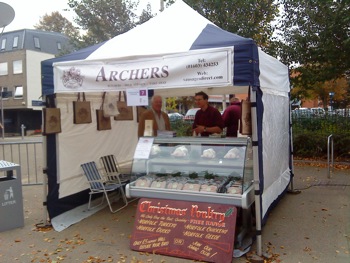 2nd place: Archers were sausage producer number 7 and it was great to finally meet them.  They had been at Jimmy’s farm a few weekends ago when I was helping judge a sausage competition but I’d not had chance to say hello.  Their competition entry sausage had a really good mix of flavours with a nice (but unusual) after-taste which I couldn’t quite place (was it mace?), they were subtly peppery with a great flavour and they will definitely be a contender for the top spot at the competition.

Often I find at a sausage competition that it is easy to discount some of the entrants immediately and then focus on the top entrants which are left.  However this was not the case today.  I know this competition will be a close thing and whichever way it goes the winner will be well deserving of the prize.

The results should be announced later today and I will include them with this article.