Newmarket sausages to be given protected status 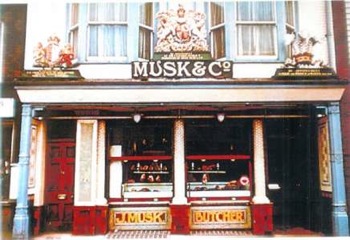 The famous bangers will join the Cornish pasty and the Melton Mowbray pork pie, as well as Parma ham as foodstuffs with Protected Geographical Indication status from the EU.

The UK food and farming body DEFRA will announce the news on Monday (Oct 29), which means the sausages can only be made in the strictly defined area and within guidelines defined by the town’s sausage makers.

To apply for the protected status Newmarket sausage makers Musk’s, in Goodwin Business Park, and Eric Tennant’s Butchers, in the Guineas, formed the Newmarket Sausage Association (NSA) along with Powter’s, in Wellington Street.

Chris Sheen, the NSA chairman and managing director of Musk’s, said he first put in the application in October 2002 but it had to be approved by DEFRA before getting the final nod from the EU.

“We are delighted as it puts us on a par with Cumberland sausages and of similar status to the better known Melton Mowbray pies and the Cornish pasty.

“It will help protect the reputation of regional foods and promote rural and agricultural activity within the Newmarket area and recognises the status and longevity of the product within the area.”

Chris said the Newmarket sausage would also benefit from enhanced status in the EU like Parma ham.

Grant Powter, managing director of Powter’s, said: “I am delighted that this regional food product will gain the protection it deserves by virtue of the reputation and quality which have been traditionally attributed to the making of sausages in Newmarket for over 150 years.

“This in turn will raise the profile of the Newmarket Sausage throughout the UK as well as in Europe.”

The Newmarket Sausage will join over 50 regional speciality products in the UK which have protected geographical status.