SAUSAGES from a Suffolk town could soon be ranked alongside the likes of Parma ham and Melton Mowbray pies if a bid for European protection is backed. 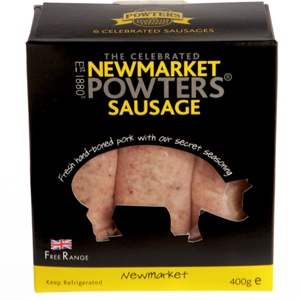 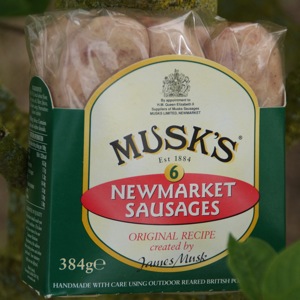 The bid to get “Newmarket Sausage” a protected geographical indication has been officially lodged and objections have to be lodged by the end of April.

The application for protection has been lodged by the Newmarket Sausage Association, which claims its product has a unique history, set of ingredients and production method.

In its bid for protected status, the association, which is based in Goodwins Park, said: “The town of Newmarket has been a famous horse racing venue since the 17th Century.

“The sausage evolved from the pig-keeping tradition associated with horse racing stables, where pigs were kept to graze on stable scraps and keep racing yards free of debris.

“By the early 20th Century, a number of butchers in Newmarket had begun producing sausages as proofed in the censuses of 1881 and 1891.

“The recipe for the Newmarket sausage is unchanged since the days of Queen Victoria. The original recipe lives on passed down through the generations.

“The sausages continue to be made to the same exacting standards as they always have been.

“Hand-made with care in small batches, the sausages are free from colouring and additives.”

A spokeswoman for Powters Sausages in Newmarket, told how Powters and their fellow producer Musks had teamed up on the bid.

She said the application was still going through the various processes connected with the designation.

She said those involved were now awaiting the outcome.

Irene Bocchetta, European Union Food Names manager, said: “If the application is successful and the name is protected then only Newmarket sausage conforming to the registered specification would be permitted to use that name.”

As part of the process, she said, the specification for what constituted a “Newmarket sausage” had been sent out to interested parties to give them the chance to comment on, or object to, the association’s application.