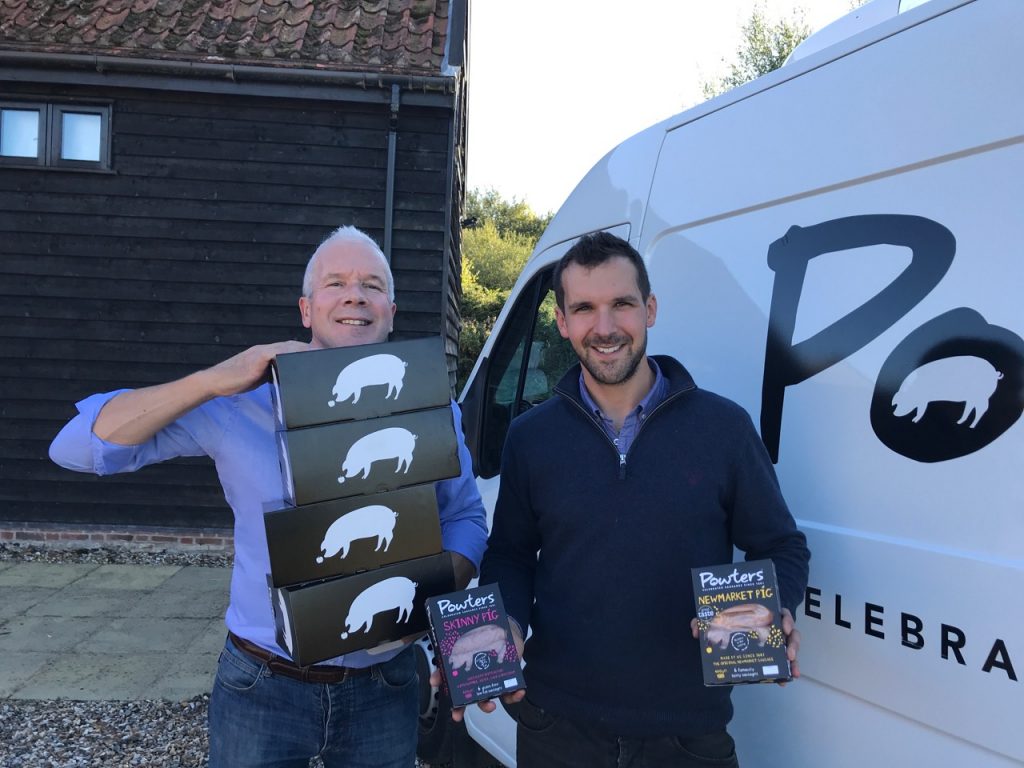 Award-winning Newmarket sausage producer, Powters, is celebrating a considerable store increase with Tesco based on strong performance which will help it achieve substantial growth outside of East Anglia.

The fifth-generation, family-run sausage firm has been producing its award-winning Newmarket Pig sausages since 1880 and has worked with Tesco for some years selling its Newmarket Pig and Skinny Pig sausages in stores throughout the region.

Now with a confirmed listing that will greatly increase its number of Tesco stores and includes the East Midlands, the firm will be able to target a whole new range of potential customers from further afield.

“This is a substantial milestone for our business and a first step in expanding nationally,” explains Tristan Powter at Powters. “We been producing our sausages for generations and have a fantastic following in East Anglia but we now want to increase our production and distribution and with Tesco we are able to make a dent in that plan.”

Sophie Dillon, Local Buyer at Tesco, said, “We’re looking forward to bringing the Skinny Pig and Newmarket Pig sausages to more of our customers and supporting Powters as it expands its business.”