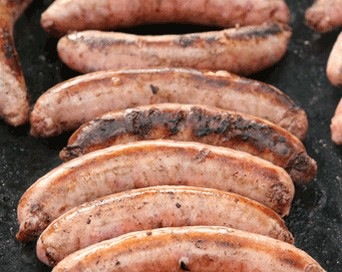 More than 230 sausages were entered into the highly contested competition which has been recognising and rewarding the very best sausages served in pubs, restaurants, hotels and canteens for more than decade.

Kenniford Farm Shop received a Gold Award in the ‘Speciality Pork Sausage’ category for its ‘Pork and Cider Sausage’, earning high praise from the judging panel.

Meanwhile, Westaway Sausages Ltd, based in Newton Abbot, is now in the running to be crowned ‘Foodservice Sausage of the Year Champion 2014’ at this year’s Grand Final.

Westaway entered the Export Pork Sausage category with its Old English Pork Sausages which initially received a Gold Award, before going on to be selected as one of 15 finalists to go forward to the Grand Final and battle it out for the highly contested Overall Champion title.

The sausage maker also scooped another six silver awards in the competition.

The 15 sausages that made it through to the final will be put to the taste test once more in order to determine which company will take home the Overall Champion title. The final will take place at Butchers’ Hall in London on October 31.

“These accolades are highly sought after and Kenniford Farm Shop has done exceptionally well to walk away with a prestigious Gold Award. Judging the competition was particularly challenging because of the high standard of entries; it is clear there has been much innovation in the sector, with some really unusual flavour combinations and interesting new ideas coming through.”

He added: “To be chosen as one of the top 15 and to make it to the grand final is a tremendous effort. These awards are highly sought after so it is a great achievement for Westaway Sausages Ltd to be selected to go through to the final – we wish them luck.”