Irish people forked out €2m for sausages during heatwave 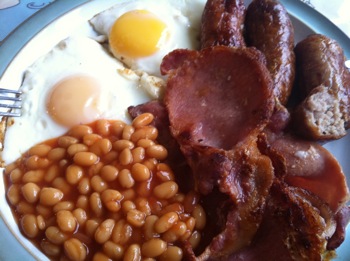 SUNSHINE and sausages – that just about sums up the Irish summer!

Great article in the Irish Independent:

We finally got a decent run of weather and nobody can accuse us of not breaking out the barbecue. As temperatures soared households forked out an extra €2m on sausages.

Overall, retailers enjoyed a €30m boost in July and August as we filled up baskets with ice cream, cider and meat.

Overall grocery sales grew by 1.5pc, while sales of ice creams and cider both achieved growth of more than 30pc.

However, sales of frozen burgers have declined, with shoppers increasingly opting for chilled burgers instead.

David Berry, commercial director at Kantar Worldpanel, said: “The good weather has clearly had a positive effect on the grocery market, with |consumers spending more on traditional barbecue and picnic foods.”

The additional €2m spend on sausages was shelled out in the 12 weeks to August 18, according to the figures.