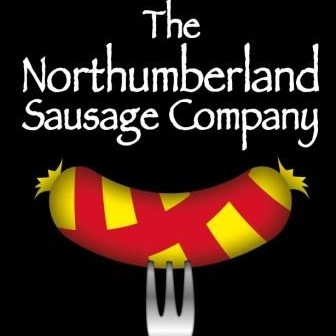 The Northumberland Sausage Company’s retail plans have got off to a bang(er) after launching its first shop in Newcastle’s Grainger Market.

The business has been operating for five years, growing from a small team of two, making and selling sausages initially in a butcher’s shop in Wark, to a workforce of 27 and growing.

The £1m-turnover firm produces around 78,000 sausages a week and sells to more than 200 retail and catering customers as well as at foodie events and county shows, and also hosts popular sausage making experience days at Brocksbushes farm shop near Corbridge.

In a move to expand its retail presence, company founder Claire Watson-Laney has now established the firm’s first unit, under the Sausology brand, in the popular city centre market,

The shop is dedicated to selling their range of sausages and also allows customers to create their own recipe to be made into bespoke bangers – and, if successful, Mrs Watson-Laney hopes it will prompt a Sausology roll out.

Mrs Watson-Laney was a research fellow in London until moving back to the North East when she and her parents bought a Wark butcher’s shop which was poised to close.

Operating solely as a butcher’s wasn’t financially viable, so the family launched the Northumberland Sausage Company, stepped up production and was soon producing two tonnes of products a week which were selling in a range of North East stockists.

After expanding into a factory in West Woodburn, near Hexham, more staff were taken on and the list of stockists steadily grew, to include the likes of Seaham Hall, Matfen Hall, JR Holland and Jesmond Dene House.

Until last year the firm was also a favourite fixture for customers in Fenwick food hall, but explored other city centre opportunities for a standalone store when the department chain launched refurbishment plans.

Mrs Watson-Laney said: “We wanted to move on, and open a specialist shop where people can recognise us for us, so we parted company with Fenwick and found this unit in Grainger Market which is a nice size and a great starting point.

“And we’ve had excellent feedback so far. We’re just into week two and we’ve had lots of people coming in to give a recipe to Dean, our sausologist, to make up for them.

“Chefs are also coming to Grainger Market, from hotels and restaurants, to work up recipes which can then be made in larger quantities in the factory.

Full story from The Chronicle.