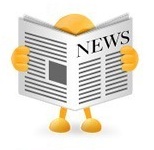 The 21-year-old butcher devised a new sausage with caramelised onion and whole mustard seed grain and his entry was up against 300 other entries in the British Sausage Discovery category.

Clays produced the sausages from scratch and they are currently on sale in the shop.

Phil said: “I’m very pleased and, as it is our first attempt, I am delighted to be awarded silver – especially in a competition such as this one.

“I am really glad that the recipe is being recognised because we had good feedback from customers about the recipe even before we entered it into the competition.”

As well as the caramelised onion and whole mustard seed grain sausages, Clays has been working on other new flavours which will also be on sale in the shop in the near future.

Clays owner Jackie Bramham was ecstatic about the Silver Award.

She said: “I’m absolutely delighted with this award because it is such a hard thing to get a young person into the industry.

“I put Phil forward because I thought it would encourage him to remain in the trade, but I am absolutely thrilled with the whole of the shop’s staff and thank them for their hard work in thinking of new ideas and putting them into practice.

“We devised the flavour last year for the Diamond Jubilee and have taken it all the way through to now, working on it constantly.