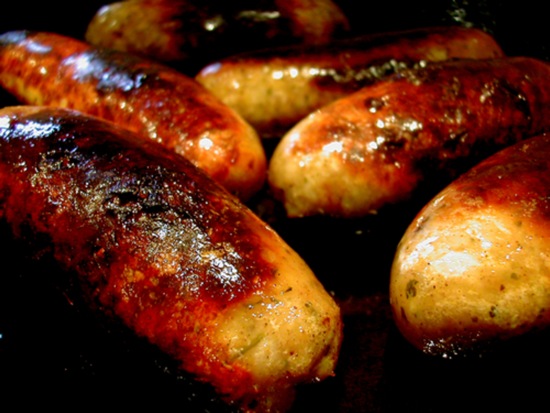 Bpex is encouraging retailers, producers and manufacturers to roll out their best bangers for British Sausage Week 2012 (5-11 November).

Independent retailers and producers can enter the ‘Stand up for British Bangers’ competition, which is looking for stand-out pork sausages, as well as the ‘Iconic Sausage’ award, which is open to sausages that represent a noble British figure or event, past or present.

Multiple retailers and manufacturers can also enter the ‘Stand up for British Bangers’ competition’, as well as an ‘Innovative Sausages’ category, which will recognise sausages that stand out from the crowd.

Bpex butchery and product development manager Keith Fisher said: “This year has been one of celebration and patriotism, which British Sausage Week 2012 is set to emulate. We have a rich heritage of sausage-making in this country and the competition is a platform that independent and multiple retailers, as well as branded manufacturers, can use to showcase their quality and speciality varieties.

“Having an award-winning sausage can provide a real boost to businesses, in terms of publicity and sales – and with so many unique varieties available today, it is a way to truly stand out from the crowd. So get your entries together and you could reap the rewards from being part of this illustrious campaign for 2012.”

British Sausage Week 2012 will also feature a celebrity nationwide tour and a PR campaign to generate local and national interest. Posters and promotional materials will be made available to retailers.