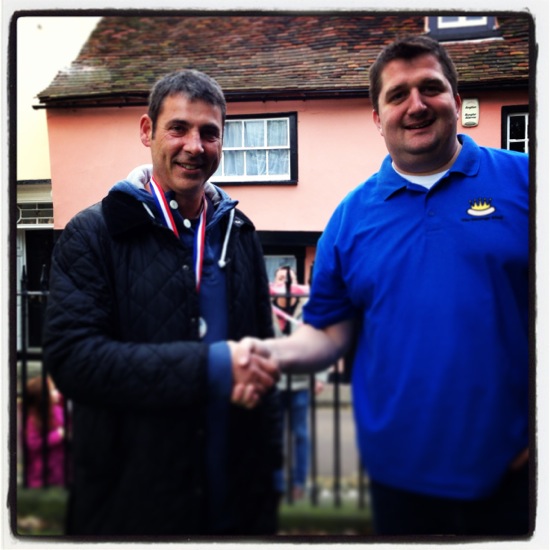 The contest at the Harwich sausage festival is adjudicated by a cricket umpire “to prevent cheating”, organisers said.

The record for the furthest-thrown “standard raw” sausage stands at 150ft and 6in (45.9m) and is held by Nick Alway, who also won this year’s event.

The event is organised by Tendring’s branch of Camra (Campaign for Real Ale) and is now in its fifth year.

“There’s a bit of sausage-throwing but the serious business is sampling sausages from nine local producers,” said Richard Oxborrow, vice chair of Tendring Camra and one of the festival organisers.

“Nick’s been the champion for three years now. He’s been pursued by several people but they just can’t throw their sausages as far as he can.”

Tendring Camra posted a photo on Twitter of one of the less successful throws of the competition, captioned: “The last throw’s trajectory was interrupted”.

Full story from the BBC