Are these the best sausages in Oxfordshire? 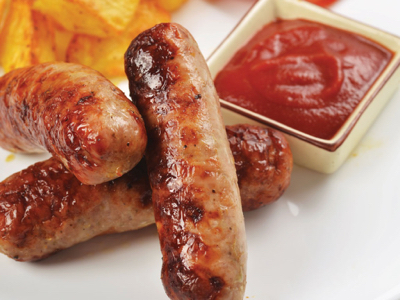 Patrick Strainge Butchers in Bampton, a favourite with the cast and crew of Downton Abbey which is filmed in the village, has picked up four golds in the Smithfield industry awards.

Manager Ollie Weaver picked up the awards, which celebrate ‘craft butchery’, during a ceremony at Stationers Hall earlier this month.

The team also won silver for their ‘Bampton Royals’ sausages and pork and chicken pie.