Adams claim sausage title with their ‘1910’ 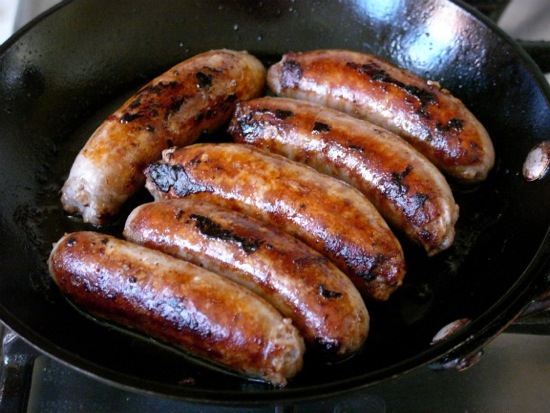 Spalding butcher George Adams has been crowned the tastiest sausage maker in the area for the second time in three years.

Adams claimed the Butchers’ Pride title on Friday in a competition that continues to attract growing numbers from the region’s independent butchers.

The event was launched in 2012 by local MP John Hayes, who heads the judging panel.

This year 29 entries came in from butchers in South Holland, Boston and the Deepings.

As ever the judging was blind and entries were drawn randomly to ensure fair play.

The first category judged was speciality sausages. Tried and tested combinations such as pork and apple and pork and stilton went head to head with fresh ideas such as a low fat, gluten-free, venison and cracked pepper.

Of the four gold medals awarded in this category, three went to Gosberton’s Trevor Sharpe, who was fighting hard to hold on to the overall winner’s trophy. The fourth went to Donington’s Tulipland butchers.

After a short break the judges then turned their attention to the 14 Lincolnshire sausage recipes that had been submitted. Judging on appearance, taste, texture, smell, flavour and seasoning, the marks showed a clear preference for our own Lincolnshire sausages and again just a handful of marks separated the gold medallists.

These were Bycrofts, Andrew Beeson of Boston and Bennetts of Spalding, along with the overall winner George Adams of Spalding.

It was their 1910 recipe which once again made the biggest impact on the judges. The bread for the recipe is provided by Pacey’s in Spalding.