[This page includes About this website, History and facts, About me and Photos]

I set up this website around 2001 because I was frustrated with some of the sausages on offer locally.  I’d also heard about the demise of traditional sausage making skills.  Initially the website was a joke but it was also a humorous attempt to harness the collective power of the internet to share sausage maker recommendations, cooking tips and news about sausages.  I had no idea, at the time, how passionate the sausage loving public of Great Britain were.

As my profile grew the press nicknamed me The Sausage King, a nickname I was delighted with.  Inspired by The Long Way Down I got a motorbike and started touring the UK in search of sausage perfection.  The trips, which I make during holiday time (I’m a teacher), have led me far and wide.  I’ve covered well over 5,000 miles in search of sausage perfection.  As the High Street has declined I think sausages could be the key.  If we can get people back to their local butchers and sausage makers, we can get them back spending on the High Street.  My new book, The Sausage King Adventures, will be geared towards doing just that.

Follow my travels around the UK on a series of motorbikes at www.sausagefans.co.uk

The humble sausage isn’t quite as humble as you might think!  Here are some facts:

I’m an accidental sausage expert who started this website as a joke.  After feeling the enthusiasm of the sausage loving public I’ve become more and more involved in the World of the great British sausage.  I’ve judged sausage competitions up and down the country and worked to promote a whole range of quality British producers.  I started my “Sausage King Adventures” to promote British pork and traditional sausage making skills.  The sausage loving public got behind me and frequently recommend new producers to visit and new sausages to try.

Recently I put realised that sausages could the ultimate ambassador for the High Street.  If we can encourage people to see the difference in their local butcher’s shop then we can encourage them to spend money on the rest of the High Street.  Sausage power!  Now I’m writing a book about my travels, experiences and the Great British Sausage!  Several chapters will be available as a free download and all visits will be blogged about on this website.

If you would like to interview me or get any more information about sausages please email press@sausagefans.com in the first instance.

Here are some pictures to use with articles, please include a link back to this website.  Click on the picture for a higher resolution version. 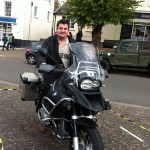 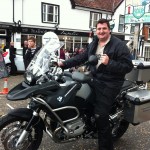 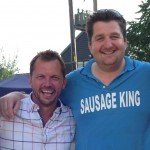 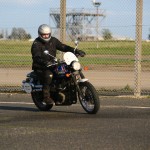 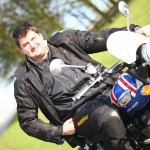 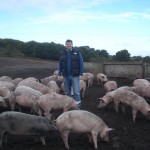 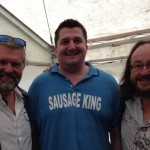 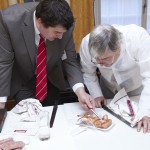 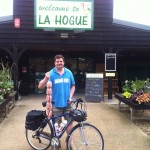