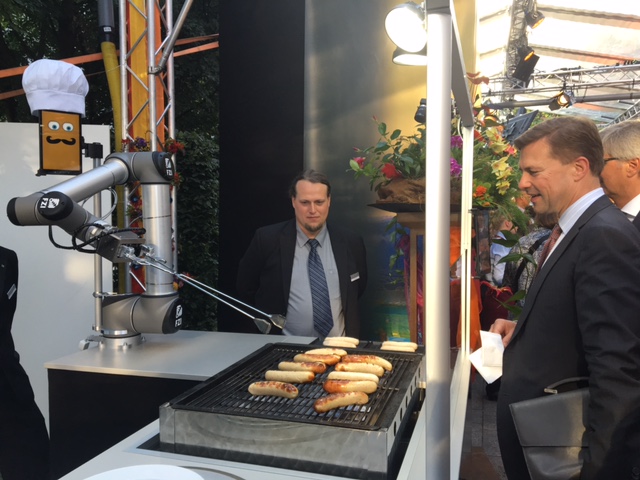 The Metro recently on a Bratwurst cooking robot who is threatening the sanctuary of the BBQ!

There’s no rite of passage for modern man quite like burning a sausage over a barbecue.

But machines have no room for sentimentality, as is proven by this BBQ-ing robot from Germany.

What’s more, the BratWurst Bot (that’s its actually name) is probably much better at barbecues than you.

Although we can all agree quality is more important than quantity, the robot’s numbers are impressive.

At a Berlin showcase it managed to prepare 200 sausages, without supervision.

It works by using different cameras, and an automatic arm to grab and turn the sausages.

It also has a tablet face which can interact with guests but there is no word yet on whether it can handle the process after a six pack of Fosters.

It was made by FZI Research Center for Information Technology and is not on the market yet.

So what do you think?  Is there ever a place for a robot on the BBQ?